Our Board of Directors and Executive Management are drivers of growth and innovation to help ensure you achieve your dreams for the future. 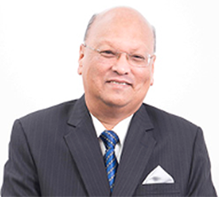 Dato’ Haji Kamil Khalid Ariff was appointed as an Independent Non-Executive Director of Uni Asia Life Insurance Bhd (now known as Gibraltar BSN Life Berhad) on 24 October 2011. After the acquisition of the company by Prudential Insurance Company of America (“Prudential”) and Bank Simpanan Nasional (“BSN”) on 2 January 2014, Dato’ Haji Kamil Khalid remained on the board of the new company Gibraltar BSN Life Bhd. He was subsequently appointed Chairman of the Board on 20 January 2017. Dato’ Haji Kamil Khalid Ariff was redesignated as a Non-Independent Non-Executive Director/Chairman on 19 January 2020. He is currently a member of Board Risk Management, Board Audit, Board Nomination and Board Remuneration Committees.

Dato’ Haji Kamil Khalid graduated with MBA in International Business from Michigan, USA in 1979. Prior to this, he obtained BSc in Management from Syracuse University, New York and the Diploma in Public Administration from ITM. His last position was as Managing Director/Chief Executive Officer of Mahkota Technologies Sdn Bhd (formerly known as General Electric Company of the UK) - dealing mainly in the electrical engineering/supply Industry. Upon his retirement he was appointed Chairman/Director of several other private companies.

Over his illustrious career spanning over 42 years, Dato’ Haji Kamil Khalid served in numerous Management and Board positions in several large corporate entities which among others include, The New Straits Times, Kumpulan Perangsang Selangor Bhd, Kumpulan Guthrie Bhd and Idris Hydraulic Bhd. During this time, he was exposed to various multi-faceted industries that is Advertising & Publishing, Trading, Manufacturing and Engineering. He was also a founder Director of the Kuala Lumpur Tin Market, which he, as part of a Government Steering Committee, helped set up in the mid-1980s.

Jonathan Graybill was appointed as an Executive Director of Gibraltar BSN Life Berhad on 18 September 2017. Mr Graybill, Regional President, Asia ex-Japan, has been promoted to Senior Vice President, International Business in November 2018, in recognition of his strong leadership in highly complex and dynamic business environments.

Jonathan Graybill has a long and successful track record at Prudential with more than 30 years of service. He started as an accounting specialist in the Retirement business and subsequently joined the U.S. Individual Life Insurance Operations & Systems where he quickly took on greater responsibilities. He moved to the international division in 2013 as the Head of Operations & Systems and leveraged his experience in the U.S. to raise the standards across PII. The Gibraltar BSN joint venture in Malaysia was formed in 2014, and he led Prudential’s efforts to build systems, processes and policies for the partnership to ensure the organisation met its customer commitments. He then moved to Singapore in 2016 as Regional President for the Asia region outside of Japan and has been focused on elevating the quality of talent and reinforcing Prudential’s high ethical standards while advancing the growth of the business. Under his leadership, Prudential established the PFI Mega Life joint venture in Indonesia, one of the most complex markets in which PII does business.

Jonathan Graybill holds a Bachelor of Science in Finance from Pennsylvania State University and a Master of Business Administration from Temple University. Kameel Abdul Halim was appointed as a Non-Independent Non-Executive Director of Gibraltar BSN Life Berhad on 29 March 2018. Kameel is currently the Chief Operating Officer of Bank Simpanan Nasional where he oversees the bank’s banking and credit operations, treasury and investment, digital banking as well as information technology.

Kameel has over 20 years of banking experience comprising both commercial banking, central banking and development finance. He first began his career at HSBC (M) Berhad with exposures in branch operations, trade finance and credit lending. He then left to join the Central Bank of Malaysia where for 12 years he served in several key departments including supervision, surveillance and policy development.

Kameel holds a Masters Degree in Risk Management from University of Nottingham. He started his career with the Malaysian Administrative and Diplomatic Services in 1966. He served over 30 years in government service holding positions including Secretary of the Royal Commission on the Teaching Services, Deputy Secretary-General of the Ministry of Social and Community Development and Deputy Director of INTAN. In 1991, he was appointed as the Secretary General of Ministry of Science, Technology and the Environment until his retirement in March 1998. From June 1998 to 2004 he served as Senior Vice President of the Multimedia Development Commission.  From 2004 to 2006, Dato’ Danapalan was the Chairman and Chief Executive Officer of Malaysian Communication and Multimedia Commission (MCMC).

Dato’ Danapalan is currently a Director of Sirim QAS International Sdn Bhd (a subsidiary of SIRIM Berhad) and a member of the Board of Trustees of Maybank Foundation and Tun Sambanthan Scholarship Fund. Dato’ Danapalan also sits on the Board of Instapay Technologies Sdn Bhd, a start-up company developing e-wallet solutions. Prior to this he was a Senior Independent Director of Telekom Malaysia Berhad and held directorships in wholly owned subsidiaries of Telekom Malaysia Berhad. He has also served on the boards of Bank Simpanan, Affin Fund and MUST University.

Dato’ Danapalan holds a Bachelor of Arts (Honours) from University of Malaya and a Master of Public Administration from Penn State University, USA. 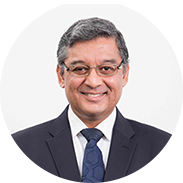 Ramesh Pillai started his career with Price Waterhouse’s Financial Institutions specialism in London gaining experience in Audit, Consultancy and Corporate Finance assignments. He has over 32 years of risk management experience, both in the public and private sector and has held various positions, including Chief Executive Officer, Finance Director and Group Chief Risk Officer (in Conventional and Islamic Banks). He was also with Pengurusan Danaharta Nasional as its Chief Risk Officer as well as Bank Negara Malaysia as the Head of its Deposit Insurance Taskforce.

Ramesh Pillai is currently the Chairman of the Board of Governors of the Institute of Enterprise Risk Practitioners (providing professional certification in Enterprise Risk Management) as well as the Group Managing Director of Friday Concepts (International), an International Boutique Risk Management, Governance and Compliance consultancy. He is also an Independent Non-Executive Director of AmInvestment Bank Berhad and AmGeneral Insurance Berhad. He was recently appointed as a Board member of Brunei based Insurans Islam TAIB Holdings Sendirian Berhad Group on 5 December 2018.

Ramesh Pillai holds a Bachelor of Science (Honours) in Economics with Accountancy degree from Loughborough University, United Kingdom, where he specialized in Economics and Banking in general, and Islamic Banking in particular.  He is a fellow of the Institute of Chartered Accountants in England and Wales (1991) as well as the Malaysian Institute of Accountants, a Certified Enterprise Risk Manager, a Certified Risk Professional, a Qualified Risk Director, a certified Islamic Enterprise Risk Manager and a Qualified Risk Auditor. 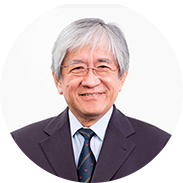 Oh Teik Tatt was appointed as an Independent Non-Executive Director on 24 January 2017. He is the Chairman of Board Audit and Board Nomination Committees and a member of Board Risk Management, and Board Remuneration Committees.

He is a graduate in Agricultural Science from University of Malaya, and was the Managing Director of Tractors Malaysia Holdings Berhad for 11 years until his retirement in 2004. He was the Chairman of Landmarks Bhd, and is on the Board of a number of companies. 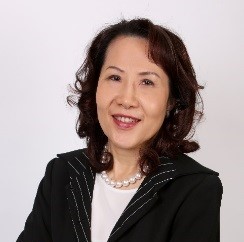 Rosalind graduated with a BSc (Hons) from Monash University (Australia). She also holds a Graduate Diploma (Marketing) from the Chartered Institute of Marketing (UK) and an MBA from University of South Australia.

She has over 30 years of experience in the Insurance industry, both locally and abroad. Over the span of her career, she has managed both Individual Life and Group business as well as heading Customer Service & Branch Operations nationwide.

She is currently the Director of Health and Benefits at Willis Towers Watson, where she is overall responsible for the strategic direction, business operations and talent management to drive business growth. She has been appointed as an Independent Non-Executive Director of Gibraltar BSN Life Berhad on 30 July 2021. 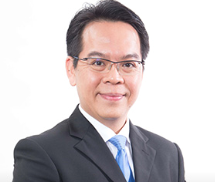